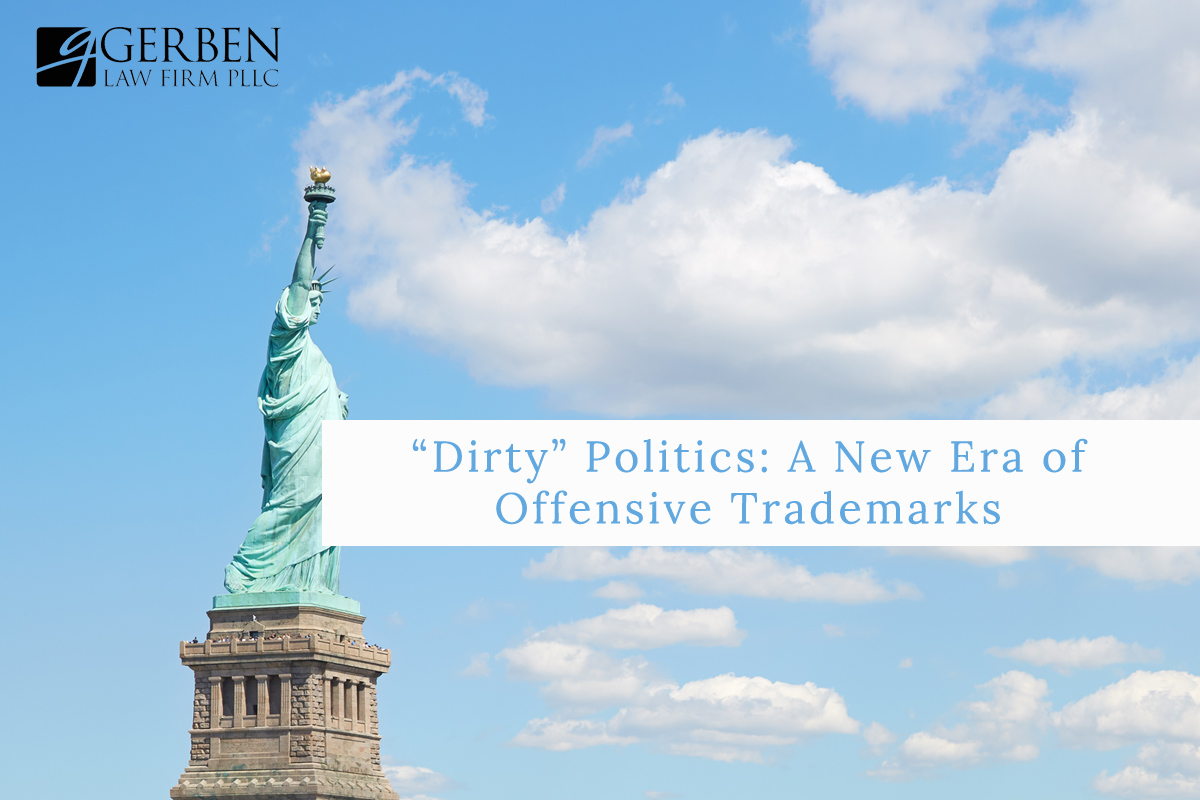 Update Since Original Post (Feb. 19, 2018): The USPTO filed a petition with the Federal Circuit to re-hear the In re Brunetti case en banc, meaning before the entire Federal Circuit (as opposed to a three-judge panel). Offensive trademarks will remain suspended pending the outcome of this petition.

Recently, President Trump allegedly referred to several countries as “shitholes” during a discussion about immigration.  Although some members of the public took to social media, internet blogs, etc. to express their opinions and/or disapproval; one individual took a different approach and instead headed to the United States Patent and Trademark Office (USPTO).

On January 12, a U.S. trademark application was filed to reserve federal rights to “I’m a Shithole, Mr. President!” for use in connection with t-shirts. Presumably a reaction to the President’s recent remarks, this mark has a much more likely chance of being approved for registration than it did a mere eight months ago.

Last year, the U.S. Supreme Court ruled that Section 2(a) of the Lanham Act (U.S. federal trademark law), which allowed the USPTO to refuse applications for marks that were “disparaging,” was an unconstitutional violation of the First Amendment. This means that the USPTO could no longer refuse a mark on the grounds that it was derogatory to a particular group of people.

Following the Supreme Court’s lead, the Federal Circuit (In Re Brunetti) held that the USPTO’s similar ban on offensive, scandalous and immoral trademark registrations was also unconstitutional. The USPTO will now allow the registration of immoral or scandalous marks, including curse words. With this in mind, the USPTO is likely to give its stamp of approval to this applicant’s mark.

One Hurdle Cleared, But Still Several in the Way

Although the mark no longer must clear the hurdle of whether the USPTO would consider it offensive, it does remain subject to scrutiny based on “ornamental use.” In general, to qualify as a trademark, a mark must function as a source-identifier (meaning it must be used as a brand, not just a design on the front of a shirt.)

However, a mark that is merely ornamental in nature is not sufficient to identify its source. This means that under U.S. trademark law, a mark displayed on the front of a t-shirt, simply as an ornamental design, in general, does not reserve rights in the word or phrase as a trademark.

Gerben Law Firm helps businesses protect some of their most valuable assets – their trademarks. Ask about our flat-rate registration options.

For example, in several instances the Trademark Trial and Appeal Board (TTAB) found that marks on the front of clothing or t-shirts had no meaning beyond their design effect, including the use of the word “SUMO” on t-shirts and hats, or “Swallow Your Leader” on t-shirts. Arguably, it’s possible that consumers will not see the applicant’s phrase “I’m a Shithole, Mr. President!” on a t-shirt and believe that it represents a single source or single brand of clothing, which is a requirement for trademark protection.

In order to overcome this issue, the applicant will need to demonstrate that the mark is being used as a brand. This could be through using it on a tag attached to the t-shirt, printed in the t-shirt’s neckline, or on the t-shirt’s hang-tag for consumers to establish a connection with the brand.

Then (and this might be the toughest challenge) the applicant will need to find regular buyers in U.S. interstate commerce willing to identify themselves as a “shithole.”

Trademark law can be complex, to ensure that your mark has the best chance of successful registration by the USPTO, consult an experienced trademark attorney to discuss the viability of your brand or business’ mark.

Eric Perrott, Esq.
Eric is a trademark and copyright attorney committed to providing high-quality legal services for any sized budget. Eric’s ability to counsel clients through any stage of trademark and copyright development and protection allows him to provide his clients with personalized advice and unique analysis. The contents of this blog are for informational purposes only and may not be relied on as legal advice.